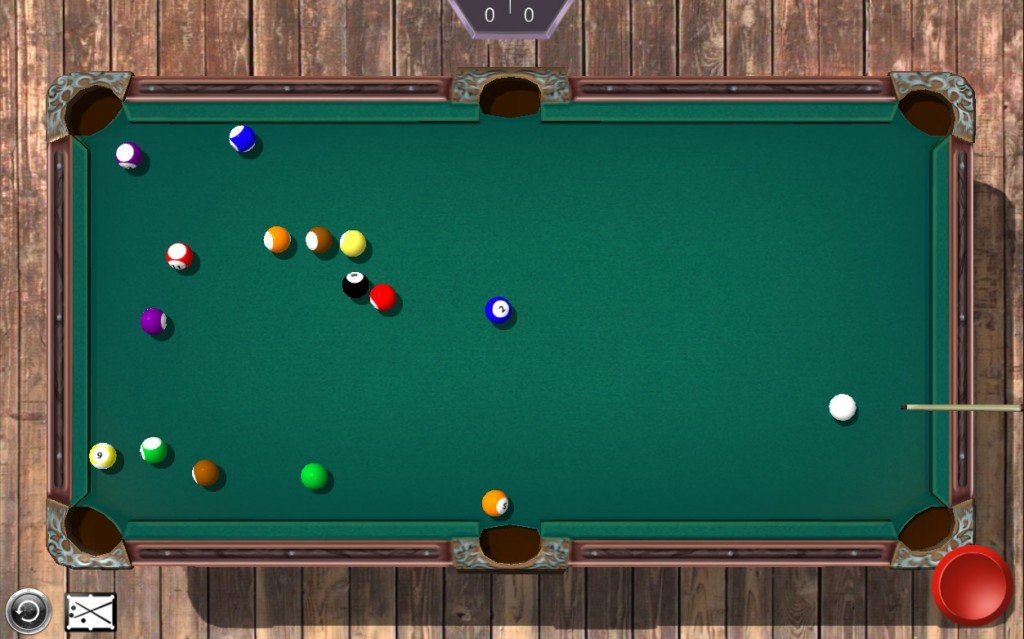 The pool prototype was an exercise to get a feeling of how much it would take (time and people) to get a very simple playable version running. It was developed with Unity in three days by me and an artist.

Since the objective was to have a visually appealing, albeit simple, version of the game, gameplay is very basic: hold the red button to charge the cuestick, get balls inside the holes, the score for striped and whole balls gets added to the scoreboard. 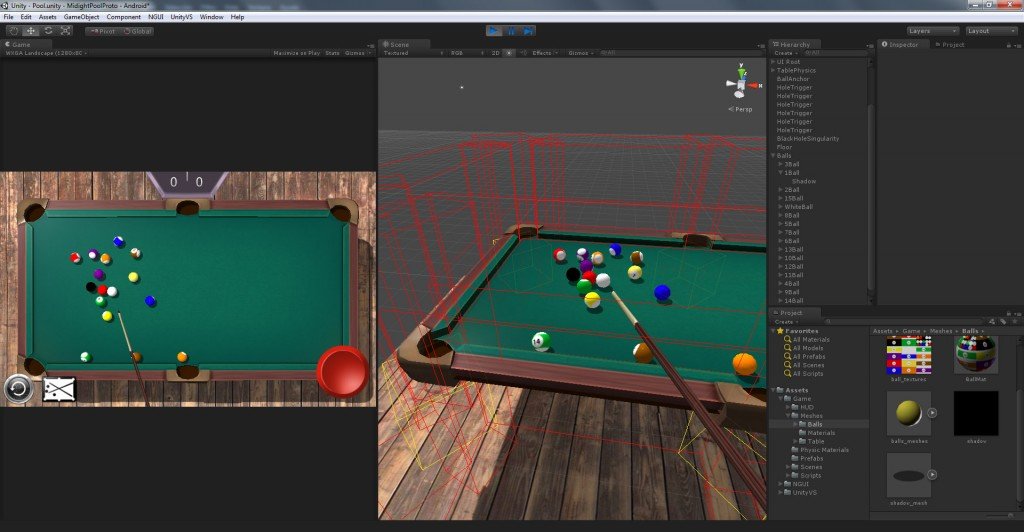 For the visual part, there are four selectable skins using the bottom-left button, since part of the prototype was to see whether skins made a difference and could be appealing for a potential player. The game had dynamic shadows, but quality and performance on mobile phones was not great so they were faked using a simple circle sprite for the balls, and with Unity’s Beast lightmapper we baked shadows for the table on the floor and table itself. Only the cuestick itself uses dynamic shadows.