Mafia: Definitive Edition (2020) is a remake of the much-loved gangster classic Mafia (2002), originally released for PS2 and Xbox. The game is relatively linear and very story focused, whose narrative I personally found gripping and worthy of being compared to Scarface or Goodfellas. Hangar 13 use their own technology to take on open worlds and stories, previously used for Mafia III, to bring Tommy and the Salieri family to life. It is a DX11 deferred engine on PC, and RenderDoc 1.13 was used to capture and analyze. 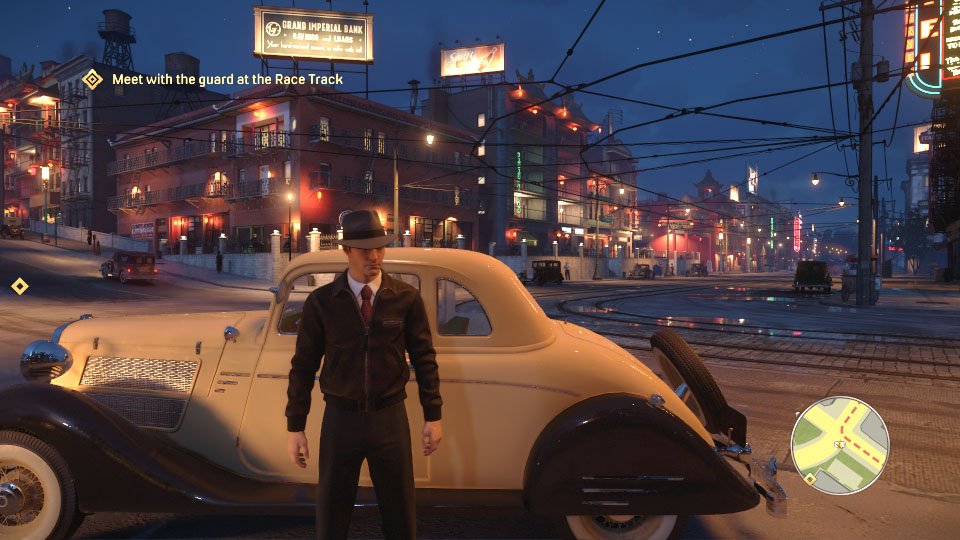 Tommy looks like he means business with his jacket and fedora, and thus our frame analysis begins. I chose a nighttime city scene as I find it more moody and challenging to get right. Let’s dive right in: I’ll make you a rendering offer you can’t refuse.

As we know, a depth prepass is often a careful balance between the time you spend doing it and the time you save by more effective occlusion. Objects seem to be relatively well selected and sorted with depth and size, as by drawcall 120 we actually have a lot of the biggest content in the depth buffer with very simple shaders. Subsequent drawcalls fail the depth test often after that, avoiding wasted work. There are some odd choices like the electricity wires which I assume have large bounding boxes, but most of it makes sense and probably costs little compared to what it saves. 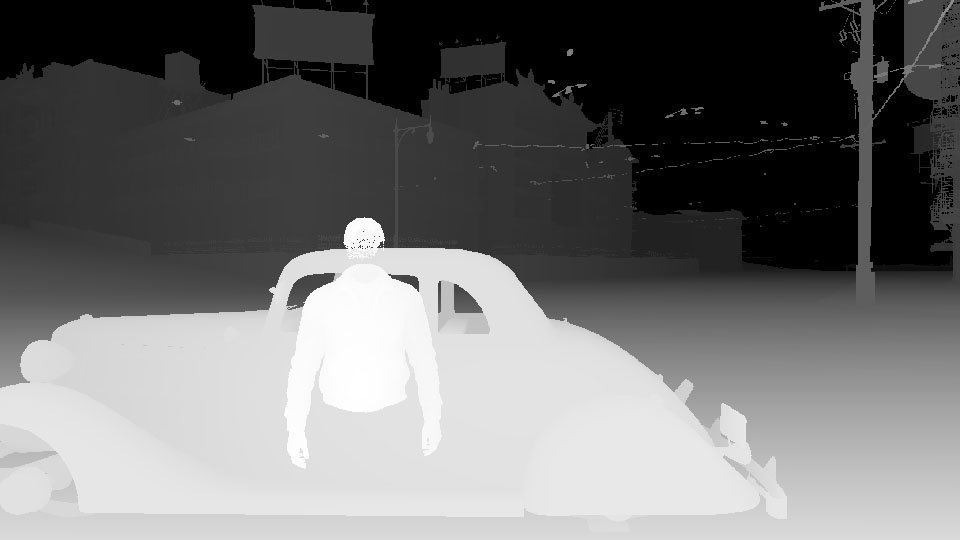 The GBuffer for Mafia packs quite a lot of information. The first texture contains normals and roughness, which is quite standard these days, in 16-bit floating point. While it’s a little large for my taste, normals tend to want as much bit-depth as possible, especially if no compression schemes are used.

The second texture contains albedo and metalness in an 8-bit normalized format, which is also common for PBR engines and relevant if cars sport very reflective chrome components. As you can see, metallic parts are marked as white whereas mostly everything else is black (i.e. non-metal)

The next texture contains packed quantities not easy to decode by inspection. RenderDoc has a neat feature, custom shaders, that will come to our aid. Searching the capture we come across the code for decoding these channels, and after adapting the D3D bytecode back to hlsl, displaying them on screen actually starts to make sense. The first 3 channels are motion vectors (including a z component which I find interesting), and the last channel is the vertex normal encoded in two 8 bit values (z is implicit). It’s interesting to note that vertex normals have only been given 2 bytes as opposed to the 6 bytes assigned to per-pixel normals. Vertex normals are an unusual thing to output, but we’ll soon find out why.

The fourth texture contains miscellaneous quantities such as specular intensity, curvature and profile for subsurface scattering and flags. The G component is set to 0.5 so it may be an unused/spare channel for future usage.

The last entry in the GBuffer is the emissive lighting, which becomes the main lighting buffer from now on. 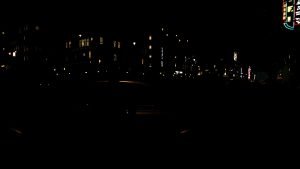 One interesting performance decision for the GBuffer is not clearing it at the start of the frame. Sometimes clearing a buffer is necessary, but you can avoid the cost if you’re going to overwrite the contents and you know where (by marking it in the stencil). There are other performance penalties involved in clearing depending on platform, so the gist of it is it’s never a bad idea to avoid clearing if you can.