Middle Earth: Shadow of Mordor was released in 2014. The game itself was a great surprise, and the fact that it was a spin-off within the storyline of the Lord of the Rings universe was quite unusual and it’s something I enjoyed. The game was a great success, and at the time of writing, Monolith has already released the sequel, Shadow of War. The game’s graphics are beautiful, especially considering it was a cross-generation game and was also released on Xbox 360 and PS3. The PC version is quite polished and features a few extra graphical options and hi-resolution texture packs that make it shine.

The game uses a relatively modern deferred DX11 renderer. I used Renderdoc to delve into the game’s rendering techniques. I used the highest possible graphical settings (ultra) and enabled all the bells and whistles like order-independent transparency, tessellation, screen-space occlusion and the different motion blurs.

This is the frame we’ll be analyzing. We’re at the top of a wooden scaffolding in the Udun region. Shadow of Mordor has similar mechanics to games like Assassin’s Creed where you can climb buildings and towers and enjoy some beautiful digital scenery from them. 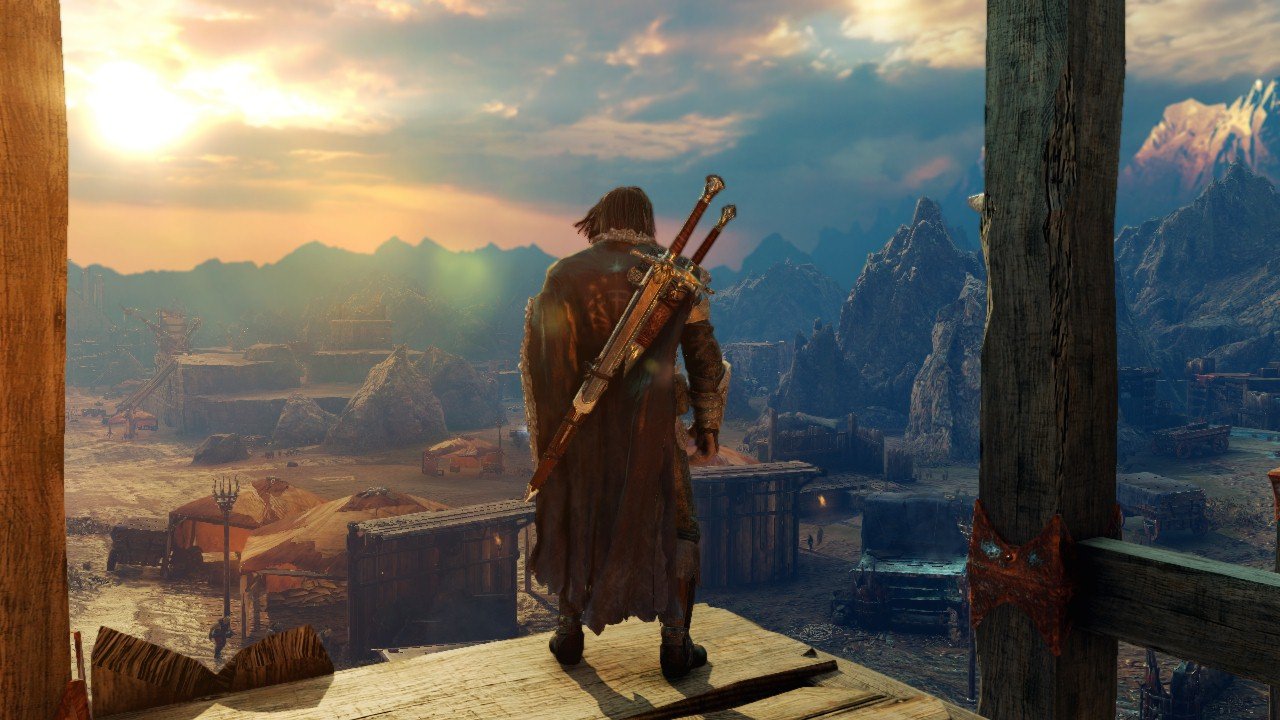 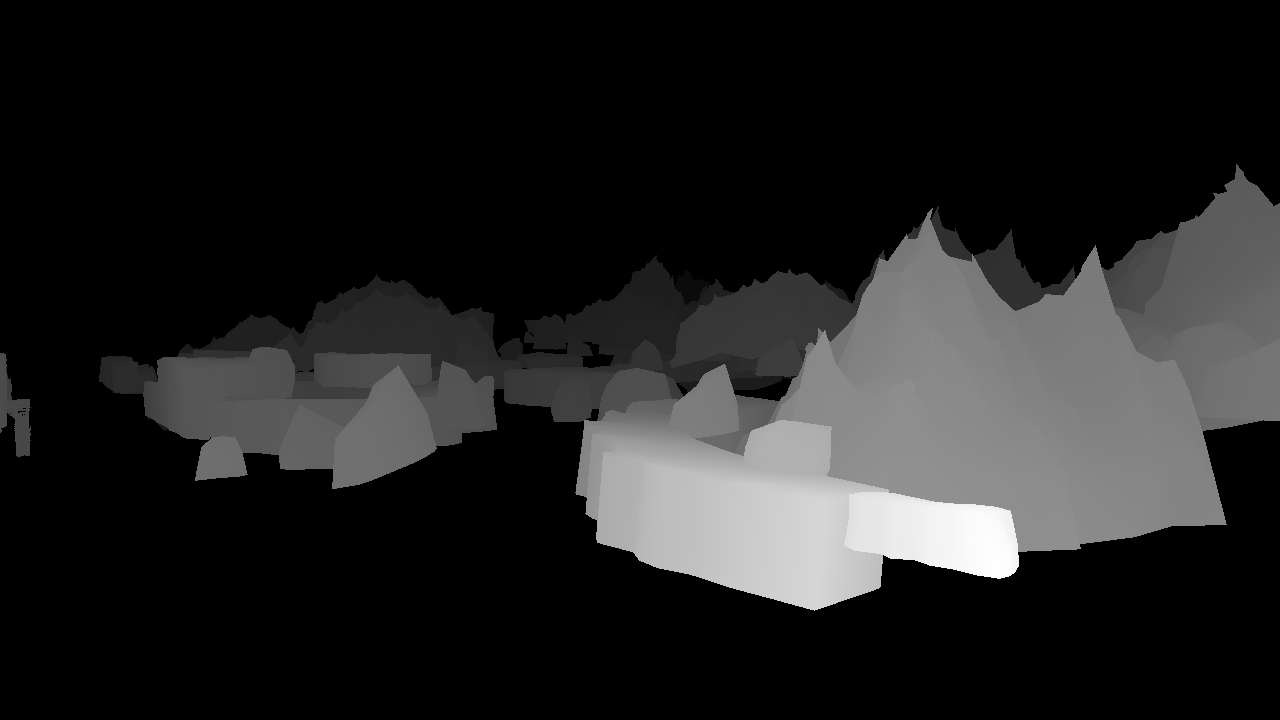 The first ~140 draw calls perform a quick prepass to render the biggest elements of the terrain and buildings into the depth buffer. Most things don’t end up appearing in this prepass, but it helps when you’ve got a very big number of draw calls and a far range of view. Interestingly the character, who is always in front and takes a decent amount of screen space, does not go into the prepass. As is common for many open world games, the game employs reverse z, a technique that maps the near plane to 1.0 and far plane to 0.0 for increased precision at great distances and to prevent z-fighting. You can read more about z-buffer precision here.

Right after that, the G-Buffer pass begins, with around ~2700 draw calls. If you’ve read my previous analysis for Castlevania: Lords of Shadow 2 or have read other similar articles, you’ll be familiar with this pass. Surface properties are written to a set of buffers that are read later on by lighting passes to compute its response to the light. Shadow of Mordor uses a classical deferred renderer, but uses a comparably small amount of G-buffer render targets (3) to achieve its objective. Just for comparison, Unreal Engine uses between 5 and 6 buffers in this pass. The G-buffer layout is as follows:

The normals buffer stores the normals in world space, in 8-bit per channel format. This is a little bit tight, sometimes not enough to accurately represent smoothly varying flat surfaces, as can be seen in some puddles throughout the game if paying close attention. The alpha channel is used as an ID that marks different types of objects. Some that I’ve found correspond to a character (255), an animated plant or flag (128), and the sky is marked with ID 1, as it’s later used to filter it out during the bloom phase (it gets its own radial bloom).