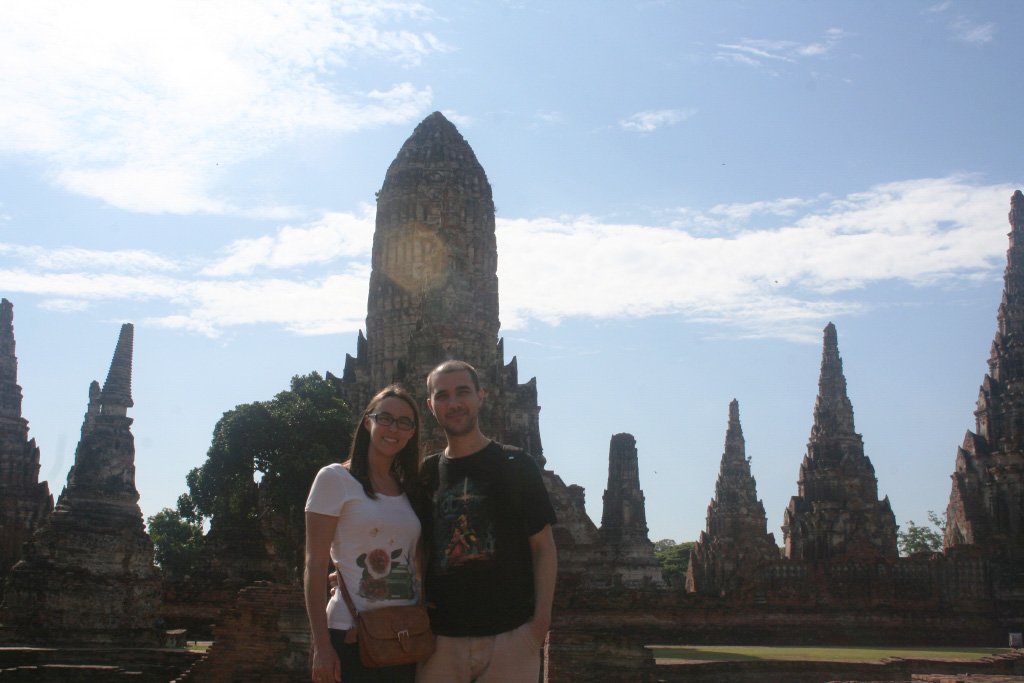 When I married last year, my wife and I went on our honeymoon to Thailand. Their king Bhumibol had died a month ago and the country was mourning. Everywhere we found good wishes and memorials, and people would dress in black and white as a sign of sorrow. The Thai are a gentle and polite people who like to help out; we’d ask for directions and people with little notions of English would spend twenty minutes understanding and answering our questions. Thailand has a rich history of rising and falling kingdoms, great kings and battles, and unification and invasions by foreign kingdoms. There are some amazing ruins of these kingdoms. Thailand also lives by a variant of Buddhism reflected in their beautiful temples. Some of the architectural features I found most interesting are the small reflective tiles that cover the outer walls, animal motives like the Garuda, (bird creatures that can be seen on the rooftops) and snake-like creatures called Naga It is in this unexpected context that I found a real-life pinhole camera. I always wear my graphics hat so I decided to capture it and later make a post.

First, a little background. A pinhole camera (also known as camera obscura after its latin name) is essentially the simplest camera you can come up with. If you conceptually imagine a closed box that has a single, minuscule hole in one of its faces, such that a single ray from each direction can come inside, you’d have a mirrored image at the inner face of the other side of the box to where the pinhole is. An image is worth more than a thousand explanations, so here’s what I’m talking about.

As you can see, the concept is simple. If you were inside the room, you’d see an inverted image of the outside. The hole is so small the room would be fairly dark so even the faint light now bouncing back towards you would still be visible. I made the pinhole a hexagon, as I wanted to suggest the fact that it is effectively the shutter of a modern camera. Louis Daguerre, one of the fathers of photography, used this model in his famous daguerreotype circa 1835, but Leonardo da Vinci had already described this phenomenon as an oculus artificialis (artificial eye) in one of his works in as early as 1502. There are plenty additional resources if you’re interested and even a pretty cool tutorial on how to create your own.

Now that we understand what this camera is, let’s look at the real image I encountered. I’ve aligned the inside and outside images I took and cast rays so you can see what I mean.

The image of the inside looks bright but I had to take it with 1 second of exposure and it still looks relatively dark. On top of that the day outside was very sunny which helped a lot in getting a clear “photograph”.